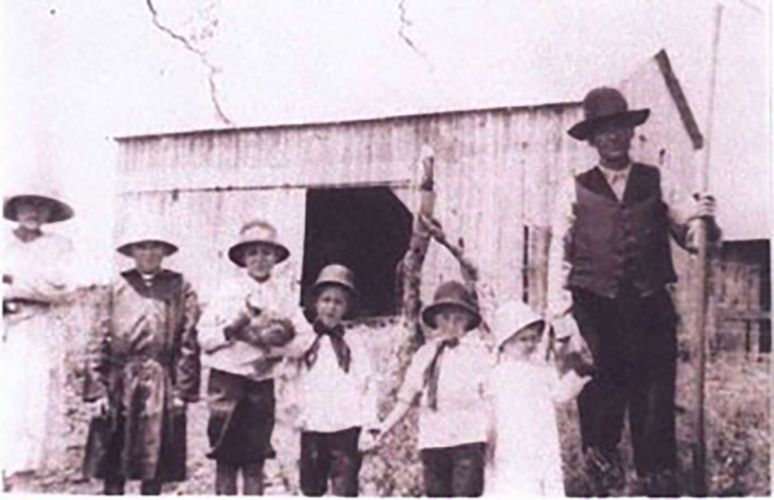 The land where the Northeast Lakeview College campus is currently being built was originally owned by Nickolaus and Anna Marie Kruse, German immigrants who settled into the 251 acre tract of land in 1890. In 1884, Alois’ grandparents, Englehart and Marianna Kruse, immigrated to America from Germany and lived in Guadalupe County, a German settlement, until 1890. It was then when Englehart Kruse purchased the 251 acres in northeast Bexar County where the Northeast Lakeview College campus is located.

Alois was raised by his father, Nickolaus, for most of his life after he lost his mother and infant sibling to the Spanish Flu. Alois attended Our Lady of Perpetual Help Catholic School in Selma, TX. He lived and worked on his family’s farm until 1947. To this day, Alois Kruse remains a resident of the northeast area.

While the 251 acres has changed owners over the years, the property remained within the Kruse family for 60 years. Alois Kruse and his family are pleased that an institution of higher education is being built on his family’s property.

The Nickolaus Kruse family pictured in front of the barn that stood on the 251 acres of land that is now the construction site for the new Northeast Lakeview College campus. (Pictured L to R) Dorothy, Marie, Leonard, Alois, Gerard, Barbara, and Nickolaus Kruse in 1919, shortly after the death of Alois’ mother, Anna Maria Kruse. 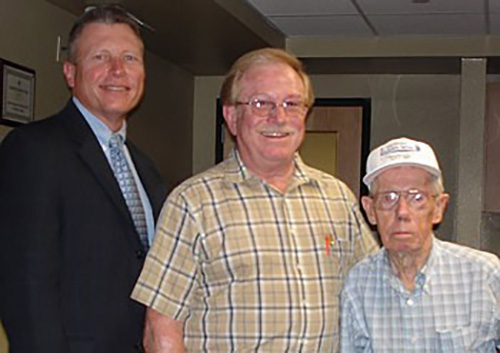 Kruse, fourth of seven children born to Nickolaus and Anna Maria Kruse, visited Northeast Lakeview College recently. Along with his son, Clarence Kruse, and grandson, Clayton Kruse, Alois shared family history and discussed the development of the Kruse Farm, the 251 acres of land that is now the site for the new Northeast Lakeview College campus. Born in 1913, Alois Kruse is the oldest living family member from the Kruse Farm. 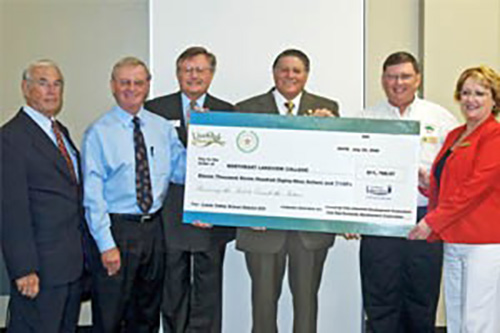 Back to the History of Live Oak